According to Brazil import data, the country purchased goods maximum from China, which recorded 18.1% share in value. Its 2nd and 3rd largest import partner is the United States of America and Argentina respectively. Let’s just quickly have a look at Brazil’s 5 largest import partners with their trade values recorded in 2017. 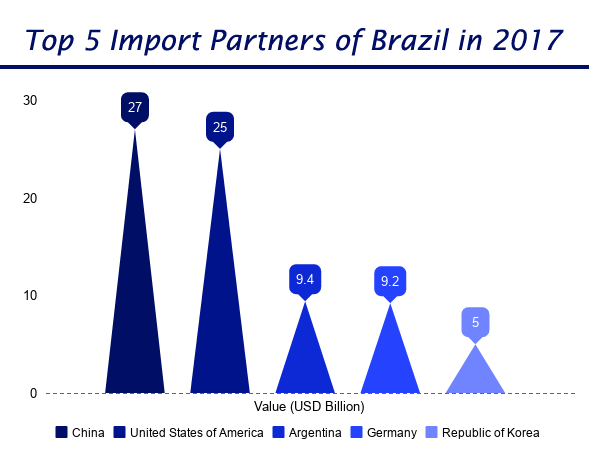 Like in Brazil’s imports, the country’s largest export partners are China, the United States of America and Argentina. China recorded the highest share of 21.8% in Brazil main exports during 2017. According to Brazil export data, the country supplied goods worth 47 billion to China in the said year. 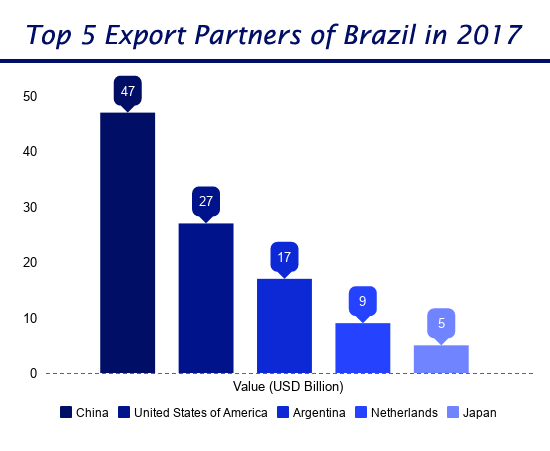 Brazil Imports from & Exports to China

Brazil is the largest supplier of soybean and soybean oil to China. The country also exports iron ore in large quantities so that Chinese traders can use it to produce steel. On the opposite side, Brazil major imports from China are machines, electrical equipment and mineral fuels. Here is the list of Brazil main imports from China and Brazil major exports to China recorded in the year 2017.

Brazil Imports from & Exports to US

Brazil is one of the ten major trading partners of the United States of America. Brazil customs data shows that main Brazil import products from US include mineral fuels, oils, machinery and plastics. And top Brazil export products to US include machinery, iron & steel and mineral fuels. Here is the list of five largest Brazil imports from and exports to US with trade figures recorded in 2017. 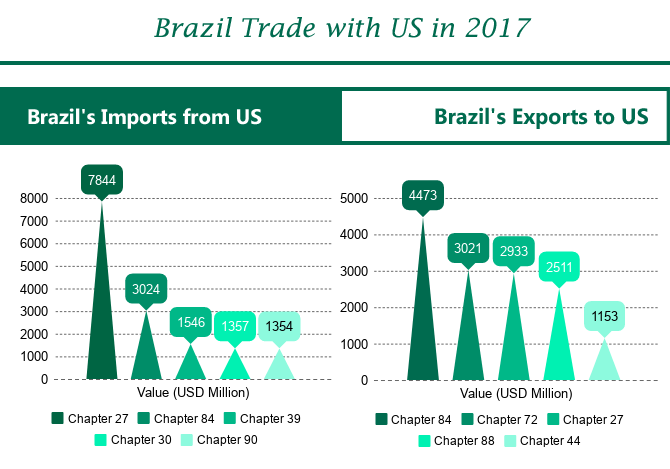 Brazil Imports from & Exports to Argentina

Among Brazil main trading partners, Argentina stands on 3rd position with vehicles other than railway or tramway is the biggest product of Brazil international trade with Argentina. Brazil top imports from Argentina include vehicles, cereals and plastics. And Brazil top exports to Argentina include vehicles, machinery and iron & steel. Here is the list of commodities that Brazil majorly purchase from and supply to Argentina with trade statistics recorded in 2017. 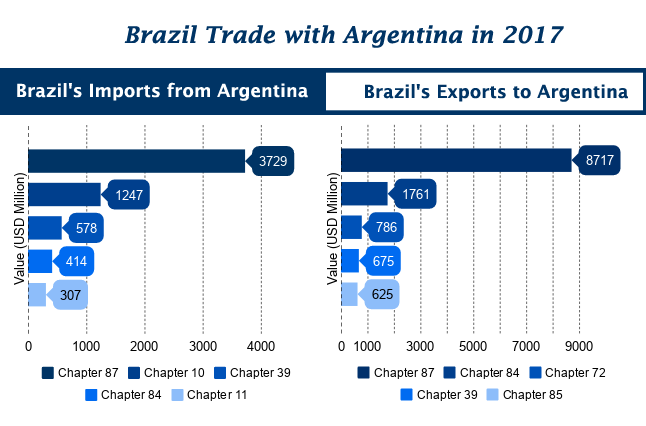