India and South Korea have agreed to work together in the sectors of energy, electronics and shipbuilding and the authorities have set up a joint working group for cooperation on the shipbuilding sector and electronics hardware manufacturing. For India, South Korea is a reliable partner that helps to modernize the physical and social infrastructure of India. South Korea also take benefit from science and technology cooperation with India. The strength of India in software industry can complement South Korea’s global competitiveness in hardware industry. The competence of India in space science and technology can help South Korea to realize its goal of becoming an aerospace powerhouse.

Korean companies such as Hyundai Motors, Samsung Electronics, LG and more have invested around USD 4.40 billion in 2017 and plans to expand further. India ranks 25 in exports and 15 in imports while South Korea ranks six in exports and nine in imports. The market research report released by Export Genius on bilateral trade between India and South Korea covers the detailed analysis of their trade. Let’s take a comprehensive look at the facts and figures through this article.

The bilateral trade has been maintained between India and South Korea in past years. It is expected that this year the trade will reach its peak, the first time in last six years. Check the trade statistics of these two countries during last five years. 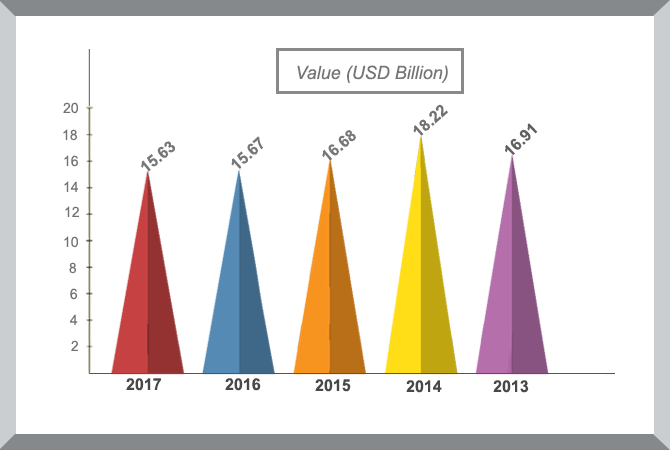 What does India Import from South Korea?

South Korea is the sixth biggest import source of India and recorded 4% share in India’s imports. India imports of goods from South Korea recorded USD 12500 million in 2017 and the imports have been raised by 2% of value during 2016-17. India’s top imports from this country include electrical machinery, iron and steel, natural pearls, machinery and plastics. Electrical machinery imports from South Korea worth USD 2106 million in 2017 and telephone sets, electronic integrated circuits are the demanded products in this category.

India imports of iron and steel from South Korea stood at USD 1693 million in 2017 and the demand for this product has been increased by 2% of value between 2013 and 2017. In this product category (HS Code 72), different types of flat rolled products of non-alloy steel have been imported most by India during the same period. South Korea worth 22% share in India’s imports of iron and steel.

India import data shows that the country has increased its demand of natural pearls and precious stones by 36% of value from South Korea between 2013 and 2017. India imports worth USD 1419 million in 2017. The main imports products in this category are goldsmith/ silversmith articles and precious metals which mainly classified under HS Code 7114. India is the world’s largest importer and South Korea is the only major source of India imports of goldsmith articles. Refer the below table to check import values recorded in 2017 of India’s top five traded products. 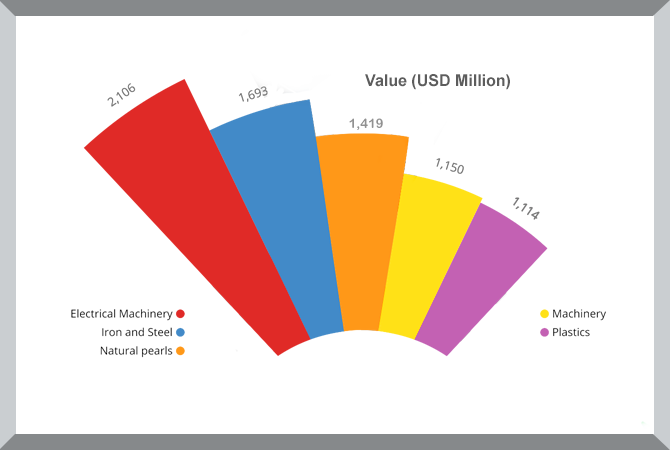 What does India Export to South Korea?

South Korea is also one of the main export destinations of Indian commodities. According to India export data, India exports of goods to South Korea worth USD 3137 million in 2017 and recorded 1% share in India’s exports. It has seen a decline in exports by 10% of value between 2013 and 2017. India’s top export products to this country include aluminium, mineral fuels & oils, organic chemicals, iron & steel and machinery.

India aluminium exports to South Korea worth USD 593 million in 2017 and unwrought aluminium have been exported majorly by India and the sales of this product has been increased by 9% of value between 2013 and 2017.

The commodities of energy industry record high export value. India exports of mineral fuels & oils to South Korea worth USD 500 million in 2017 and petroleum oil obtained from bituminous mineral stood as top export product. Here is the table representing values of top export products traded between these two countries in 2017. 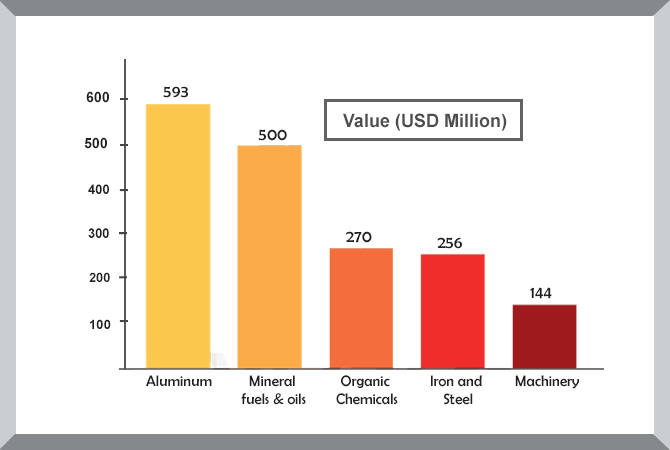 How to get India-South Korea Bilateral Trade Data?

During India-Korea business summit in New Delhi, India admired the way in which Korea has created and sustained their global brands from IT & electronics to automobile and steel and has given standard products to the world. South Korean companies are appreciated for their innovation and strong manufacturing capability.

Their bilateral trade will be increased year by year. Indian companies have a better chance to target the Korean market and expand their business to uncovered regions of Korea. We at Export Genius providing the market research report on bilateral trade data of these two countries including every trading activities including shipment details such as value, quantity, importers, exporters and much more.

To buy our market research report and data, email us at info@exportgenius.in