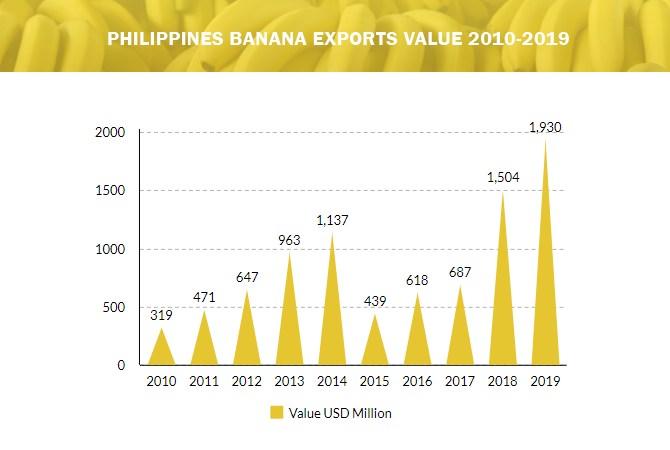 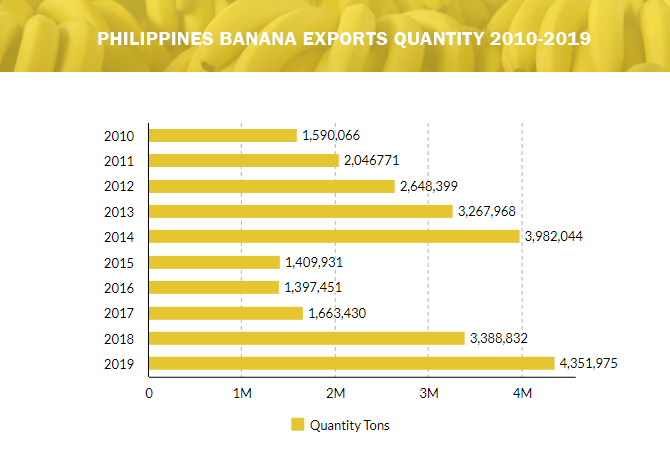 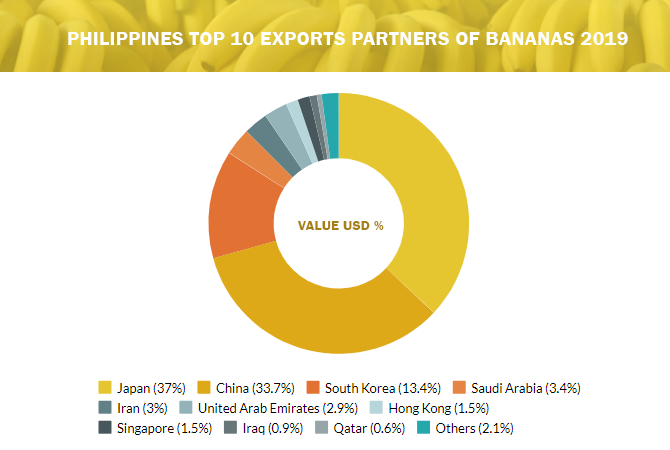 Worldwide banana exports by country totaled an estimated USD 14.7 billion in 2019, up by an average 43.3% for all banana shippers over the five-year period starting in 2015 when bananas shipments were valued at USD 10.2 billion. Ecuador stood as the largest supplier of bananas in the world, with share in value of 22.6%. Philippines was the second largest banana exporter globally with share in value of 13.2% in 2019. The UN Food and Agriculture Organization (FAO) has projected that the Philippines would be the world’s second-largest exporter of bananas in the next nine years. 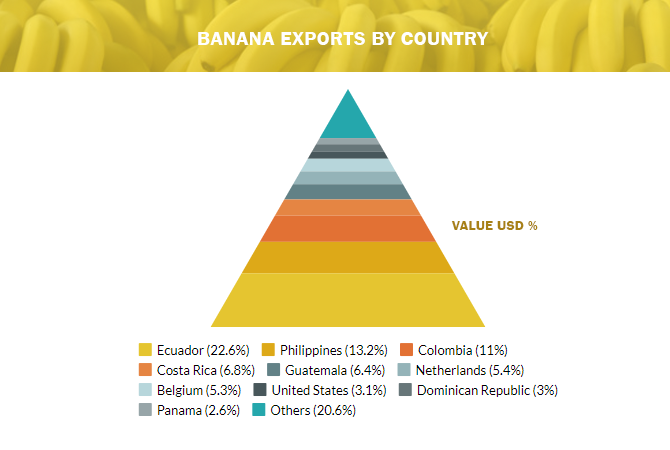 According to market research reports, Philippines banana exports for the first quarter of 2020 grew by 10.71%. As per statement of Pilipino Banana Growers and Exporters Association (PBGEA), Philippines’ banana exports to China declined due to erratic prices in the spot market coupled by the temporary shutdown of the market due to Covid-19 pandemic. Besides Philippines, other banana banana-exporting countries, particularly Ecuador and other Latin American nations, also face trade challenges due to coronavirus.