Coal is a fossil fuel accounting for about 40% of total world power generation. It is primarily a mixture of carbon and hydrogen atoms, with very small amounts of sulphur and other elements. Coal, which comes under HS Code 2701, is mined in every state of Australia, but mainly in Victoria, New South Wales and Queensland. The country provides around 30% of the world coal trade. It is the 4th largest producer of coal and has 5th largest resources of black coal in the world. As per Export Genius latest shipment records of Australia coal exports, the country made a new record in 2017 by supplying coal worth $56.5 billion. These shipment records are very much accessible with customs-based details.

We provide statistical information about coal exports from Australia. The fields, which we cover in coal export data of Australia include – Year, Month, Destination Country, Origin Country, HS Code, HS Code Description, Quantity, Unit, Value, Transport Method, etc. We cover Sea, Air and Road shipments in our data and can arrange data on 2-digit, 4-digit, 6-digit and 8-digit level HS Code. So, before you buy data, check coal export industry of Australia with statistics given here and also view sample of coal exports from Australia.

Global sales from coal exports by country totalled US$110.7 billion in 2017 in which Australia has the largest share of 36.6%. From a continental perspective, exports of coal from Oceania mostly Australia with a tiny amount from New Zealand, which amounted to $40.6 billion has the largest share in world’s coal exports. Asian exporters generated 20.7% worth, trailed by European suppliers at 17.5% and then North American exporters at 13.5% during 2017. And Latin America excluding Mexico but including the Caribbean has the smaller percentage of 6.2% coal exports and Africa with 5.4%. About 75% of Australian coal is exported mostly to eastern Asia. As both metallurgical coal and thermal coal are increasingly needed due to the fact that Asian countries are expanding their industries and infrastructure; Asia’s import demand for thermal coal alone is projected to shoot up by 400MT by 2023.

Below are the top 10 countries that exported coal during 2017. 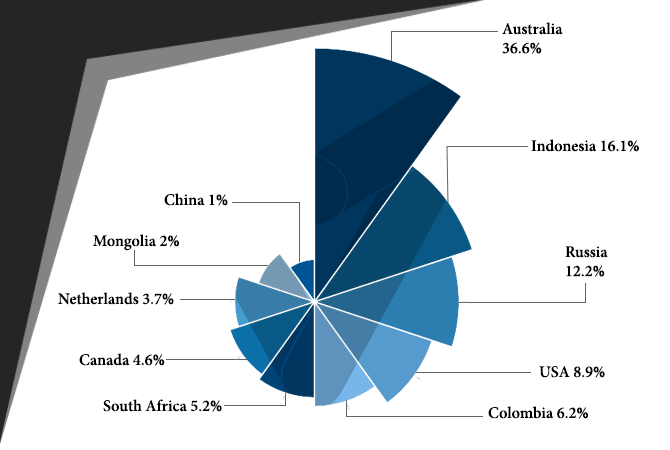 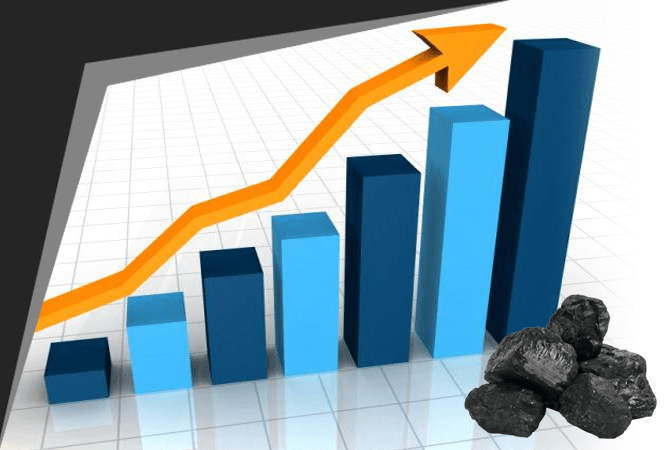 Australia’s coal exports hit a new peak of $56.5 billion in 2017. There was about 35% rise in coal exports from the previous year’s $46.7 billion. The $56.5 billion was split between 200 million tonnes of thermal coal valued $20.8 billion and 172 million tonnes of coking coal valued at $35.7 billion in 2017. Southeast Asia is the net market of Australian coal, which accounted $2 billion in the said year. China, traditionally Australia’s largest coal export market, also saw record Australian coal imports for the year with a full year increase of 5% to 1.075 billion tonnes. However, market research experts say that this growth is expected to slow in 2018 due to changing market conditions in the country.

Types of Coal Exported from Australia in 2017

According to Australia export data of coal, the country supplied coal mostly to Japan, which contributed 30.2% share in value during 2017. It was followed by China, India, South Korea and Taipei, Chinese. Let’s analyse the statistics of top 5 importer countries of Australian coal. 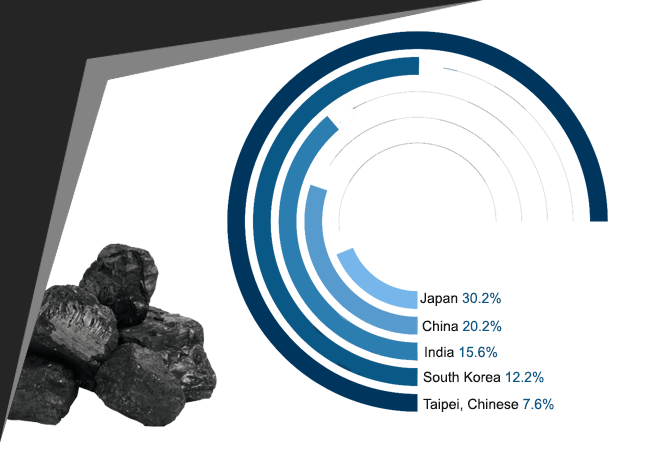 Thanks to a surge in demand and a subsequent thermal coal price hike, Australia’s coal industry is expected to become the country’s top export earner, generating approximately AU$117.9 billion during 2017-2019 period. In 2017, total coal exports from Australia amounted to US$40 billion, whereas, iron ore exports amounted to US$49 billion. According to the Mineral Council of Australia (MCA), the country supplied total 182 million tonnes of metallurgical coal and 200.5 million tonnes of thermal coal to the world.

In recent weeks, prices of thermal coal in Australia have spiked and have now surpassed US$120 per tonne for the first time since 2012. The price surge marks a 140% climb from 2015-16 lows. This hike has been attributed to a strong demand of thermal coal from China as the country contributes to rapidly expand its energy grids to fuel residential and industrial growth. While coal producers in Australia are benefiting from Chinese expansion, Indonesia has seen the greatest rise in demand of coal from the Asian country.

So, if you want to update with coal export market of Australia with statistics recorded in 2017, you need to buy the data. The full facts and figures related to Australia exports of coal are given in our data. Check a sample of coal exports from Australia with a single shipment record.

In the end, it can be concluded that Australia is the world’s largest exporter of coal. Its exports are rising each year as it makes a record in 2017 by supplying coal worth $56.5 billion. For more on coal industry of Australia, always view our updated information at our website.

For any media related enquiries, please contact us at press@exportgenius.in.
Is this article helpful. Share with others!