Asian Countries Exports to China and the United States

China and USA are the biggest goods trading countries in the world. Both are also the biggest buyers for Asian countries. The USA has been stood as the top export destination for most of the Asian nations for last decades but the center of trade for Asia has shifted to China from the USA for some countries like Vietnam in recent years. India is one of few countries in Asia that still counts America as a larger market for goods than China. Let’s have a look at the analysis of USA and China imports from Asian countries.

The exporters in Asia can expand their market in these countries by getting the genuine list of importers of their product. Export Genius provides the trade data of USA and China based on actual shipment details.

The goods exporting countries of Asia include South Korea, Japan, Malaysia, Vietnam, Philippines, Singapore and Indonesia. Asia export to China is raised by 21% value during 2016-17 and stood at USD 1092 million in 2017. Refer the below table to check the export statistics of Asia-China between 2013 and 2017. 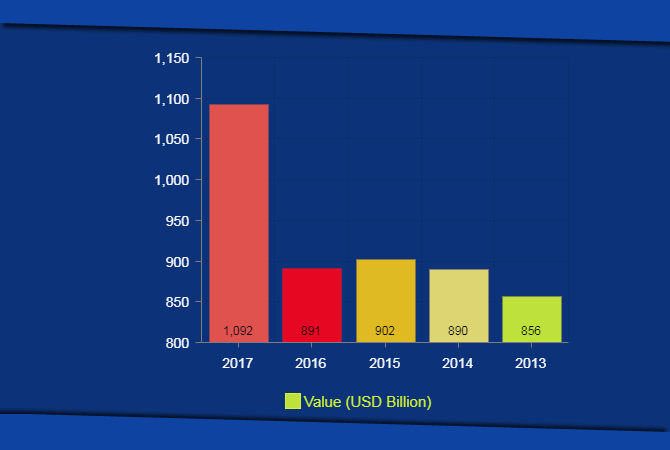 China is the main export destination for Asian countries. Subscribe for China import data including the following data fields:

Asian Nations Exports to the USA

The top countries of Asia exporting goods to the United States are Japan, India, Vietnam, Thailand, South Korea and Malaysia. Asia’s exports to USA have been declined in the year 2017 as per the record of last five years. The export was USD 937 billion in the year 2013 while it was USD 806 million in 2017. Here is the table representing Asia-US export statistics from 2013 to 2017. 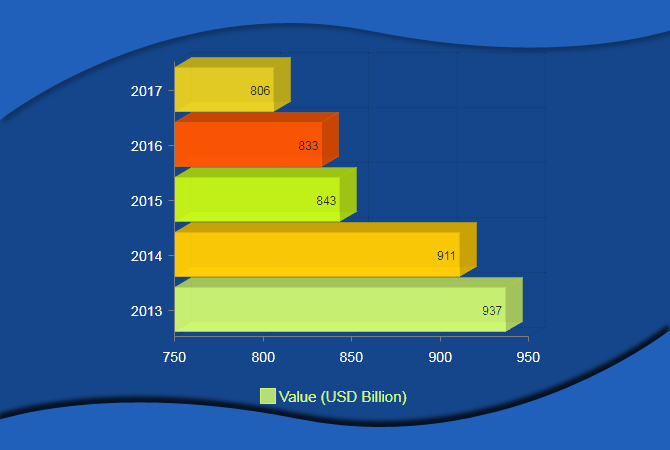 The United States is the top goods importer in the world. Subscribe for USA import and know the data Fields which we cover in USA Import Report:

Analysis of Asian Countries Exports to China and USA

China has displaced the USA over the past decade as the top export market for many countries such as Japan, South Korea, Thailand, Indonesia and the Philippines.

As per the sources, China overtook United States as top export market of Vietnam. The USA was the top buyer of Vietnamese goods for 15 years until it has overtaken in the year 2017 by China. Vietnam exports to China and USA worth USD 50 billion and USD 46 billion respectively during 2017. 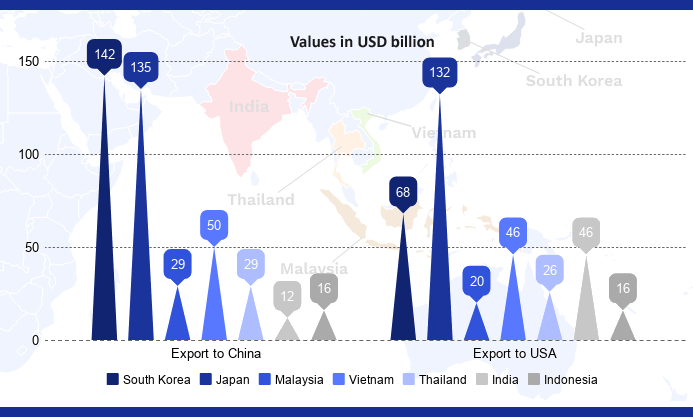 *Values are in USD billion and recorded in the year 2017

Overall Imports of China and USA from the World

China and USA are the world's largest market where global traders explore their business. It will be easy to do business in these countries after getting the list of right business partners. We provide trade data which includes all the shipment details.