The trade relationship between India and South East Asian Nations have continued to improve and developing at moderately a fast pace during last decade. India and ASEAN are currently negotiating agreements on trade in services and investment. In 2009, India signed a free trade agreement with ASEAN countries and made an agreement that both will lift import tariffs on most of the traded products. Indo ASEAN FTA will have several negative impacts on the economy. It emerged from a common interest of both regions to expand their economic ties in the Asia-Pacific region.

As both regions aim to reduce their import duty on a majority of their traded products which will allow them to increase the market access of their products. There is a concern that India will not experience as great an increase in market access to ASEAN nations as ASEAN will in India. However, ASEAN region is important to India for several reasons. Let’s take a look at the detailed analysis of India ASEAN trade.

ASEAN stands for Association of South East Asian Nations. It comprising 10 nations including Singapore, Vietnam, Malaysia, Indonesia, Thailand, Philippines, Myanmar, Cambodia, Brunei Darussalam and Laos Democratic Republic. It is a growing hub of consumer demand. If ASEAN treated as a single entity, it would rank as the third largest economy in Asia and seventh largest in the world. ASEAN is well positioned in global trade flows and it is the fourth largest exporting region in the world and trailing European Union, North America and Hong Kong. ASEAN exports of goods to the world worth USD 1182 trillion while imports worth USD 1104 trillion in 2016. The trade balance of ASEAN nations recorded USD 78 trillion during the same period.

India exports of goods to ASEAN nations stood at USD 26002 million and imports stood at USD 33654 million during Jan-Sept 2017. The trade between these two regions has been declined after year 2014. Refer the below table to check the last five years import export statistics of India ASEAN bilateral trade. 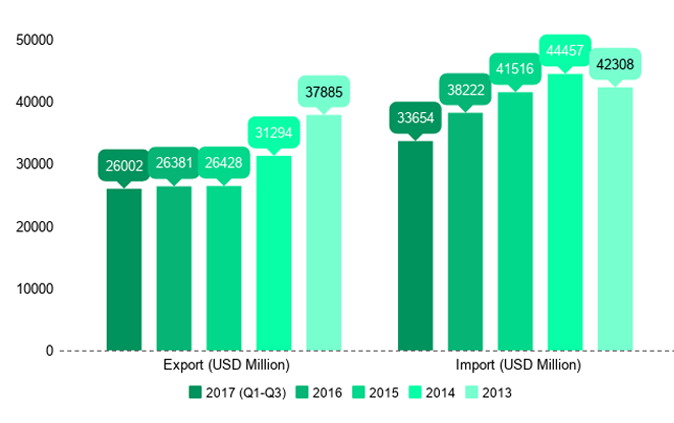 A report on ASEAN countries trade data prepared by Export Genius gives a comprehensive outlook on bilateral trade relations of India with any particular country of ASEAN. This market research company provides import export data based on actual shipment records. You can go through the report and take a look at the trading activities of various companies.

India Exports to ASEAN Countries in 2017

Singapore and Vietnam are the main markets for India in ASEAN region which recorded USD 8876 million and USD 5486 million respectively during Q1-Q3 2017. India exports to ASEAN nations stood at USD 26002 million in 2017 while it was USD 26381 million in 2016 which represented 10.1% share in India’s exports. However, India export to ASEAN is declined by 4% in terms of value between 2012 and 2016. Check the following table to know the trade figures of India’s top export partners in ASEAN nations. 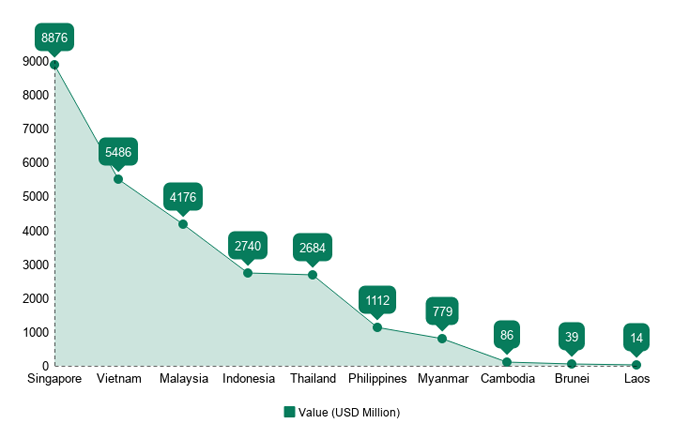 Petroleum oil, meat of bovine animals (beef), crustaceans, flat rolled products of iron/ alloyed steel and diamonds. Petroleum oil is the top product that India exports to ASEAN countries and recorded USD 6734 million in during Jan-Sept 2017. Beef is one of the most demanded products in ASEAN nations. India has world’s largest cattle population and it is also top beef exporter country in the world. India beef exports to ASEAN countries stood at USD 1861 million in 2017 until September. Here is the table representing values of India’s top exports to ASEAN. 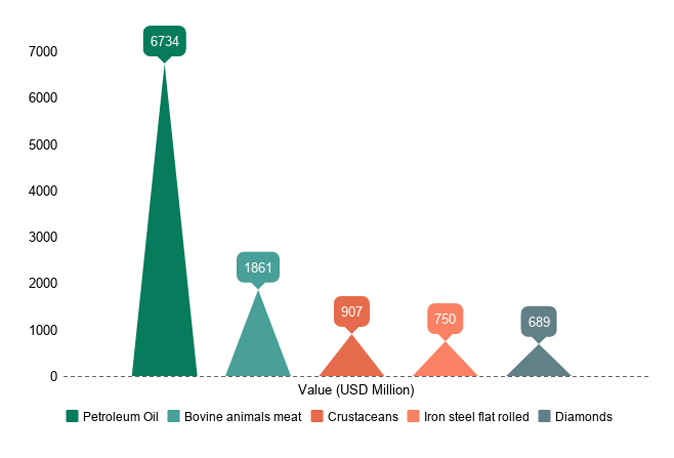 India Imports from ASEAN Countries in 2017 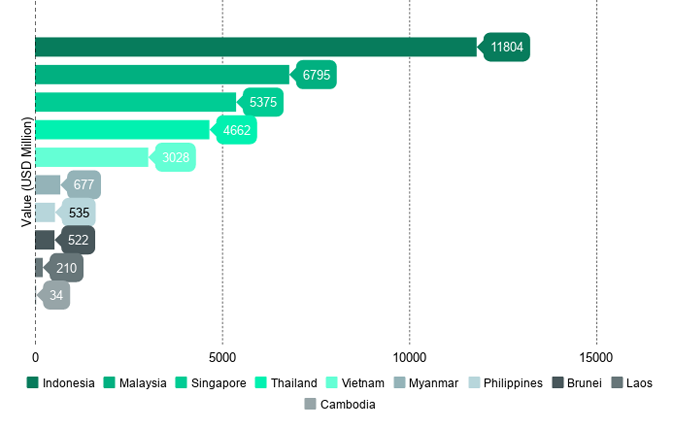 Palm oil, coal, telephone sets, crude petroleum oil and automatic data processing machines are the top commodities that India imports from ASEAN countries. Palm oil and coal from ASEAN are the most demanded product in India which recorded USD 5215 million and USD 4233 million respectively during Jan-Sept 2017. As Indonesia is the top palm oil exporter country in the world and this country is top import partner of India among ASEAN countries. Let’s check the below table to know India’s top imports from ASEAN with their HS Code and values. 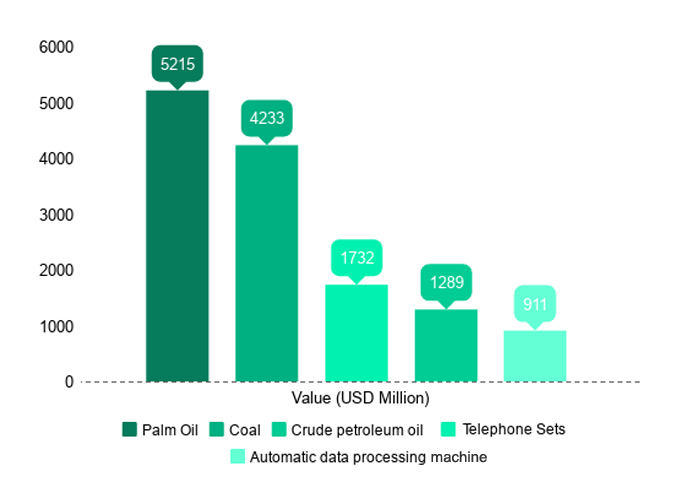 The ASEAN India FTA is a free trade area among the ten member states of the Association of South East Nations and India. If you want to import or export your product in ASEAN countries from India, our trade data provides you details of importers and exporters. Our report also covers HS Code, product description, value, quantity, port and other shipment records. For example, India is the top most buyer of palm oil. So, if you want to export palm oil to this India, then you must know active palm oil buyers in India along with complete market scenario. For this, you have to buy palm oil import data of India from a trusted market research company like Export Genius. For reference, have a look on the sample of India palm oil imports given below.

The company details like importing and exporting companies and other shipment details will be available offline once you subscribe to us. We at Export Genius, one of the largest market research companies, providing import export data of the more than 60 countries.