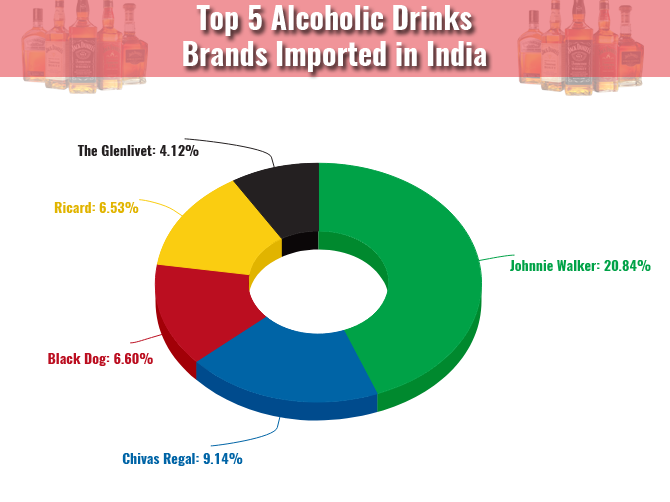 A comprehensive analysis of largest imported alcoholic drinks brands list in India recorded during April-June 2017 is given here. 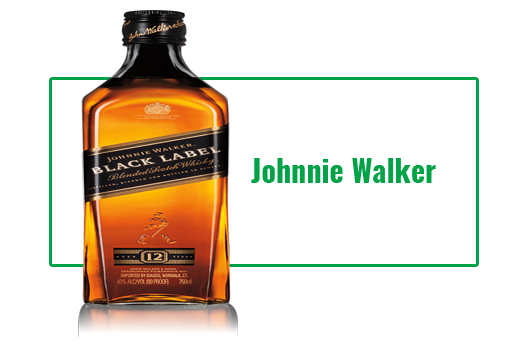 Johnnie Walker is a Scotch whisky brand, which is owned by Diageo and originated from the Scottish town of Kilmarnock, a large burgh in East Ayrshire. This is the place where the brand’s creator, John Walker began making & distilling the whisky. Today, it is the most widely distributed brand of blended Scotch whisky in the world and sold in almost every country including India. 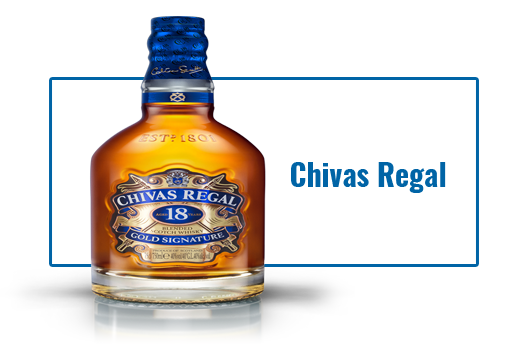 Chivas Regal is a blended Scotch whisky produced by Chivas brothers. From the past 12 years, it has been serving markets of European and Asia Pacific countries as one of the world’s leading whisky brands.

As per alcoholic drinks customs data of India, Pernod Ricard India Pvt. Ltd. positioned on top in Indian importers list of Chivas Regal alcoholic drink brand. The total share in value of this alcoholic drink Indian buyer recorded 1.56%. However, Pernod imported alcoholic beverages of Ricard brand the most between April and June 2017. 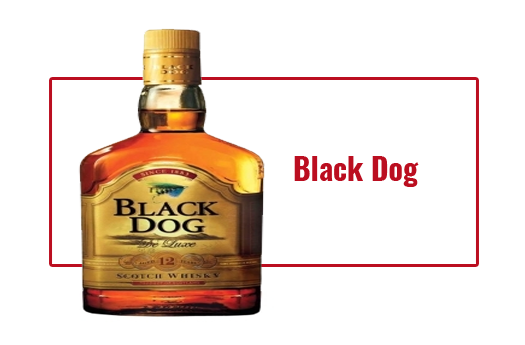 Black Dog is a Scotch whisky brand that is distilled, aged and blended in Scotland. And it is bottled and marketed in India by United Spirits Limited (USL), a subsidiary of Diageo PLC.

Black Dog was the 3rd largest brand and positioned in the list of best alcoholic drinks in India during Q2 of 2017. The total import value and share in value of this brand recorded USD 4082880 and 6.60% respectively. In April, May and June, import value of Black Dog stood at USD 1702066, USD 522122 and USD 1858691 respectively. According to alcoholic drinks shipment data of India, United Spirits Limited imported Black Dog alcoholic beverages the most in Q2 of 2017. Its total share in value stood at 6.60%. 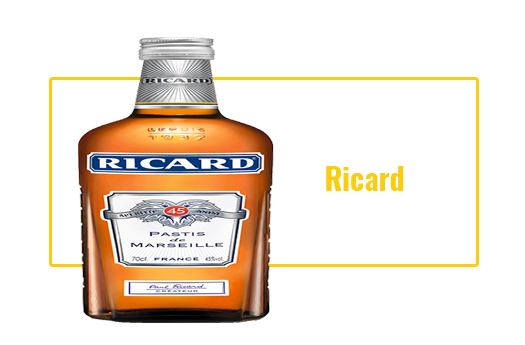 Ricard is a brand of anise based alcohols and created by Paul Ricard in 1932. In the list of five largest alcoholic drinks brands imported by India, Ricard stood at the 4th position. As per the latest report on imports of alcoholic beverages in India, Ricard brand recorded 6.53% share in value and total import value USD 4039488. If we see month-wise import figures of this brand, we found that import value of Ricard’s alcoholic drinks rose from April’s USD 698172 to USD 1393167 in May, which further rose to USD 1948149 in June 2017. The share in value of these months recorded 3.66%, 6.19% and 9.63% respectively. 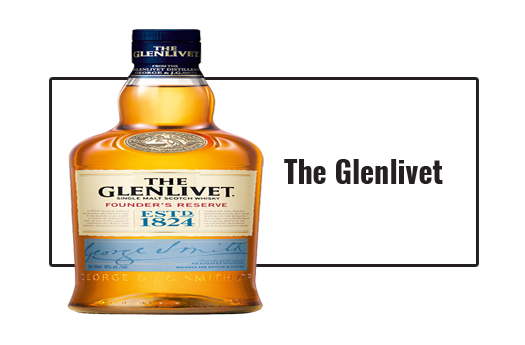 The Glenlivet is a brand of single malt Scotch whisky, which is produced in distillery near Ballindalloch in Moray, Scotland. It was founded in 1824. It is described as ‘The single malt that started it all’ in packaging and advertising.